It's been a couple of weeks with little progress. I wish it was because of all the awesome outdoor stuff I've been doing but alas it is something much more prosaic. My elbow has been paining me since sometime during the basement clean up in January. Stupid weak software engineer physique. Anyhow, after two weeks of rest and some really good anti-inflammatory medications I'm back to working on my dust collector.

I didn't get much time this weekend as I did have other things to do; however, I got a couple of hours of knocking apart the old shelves. 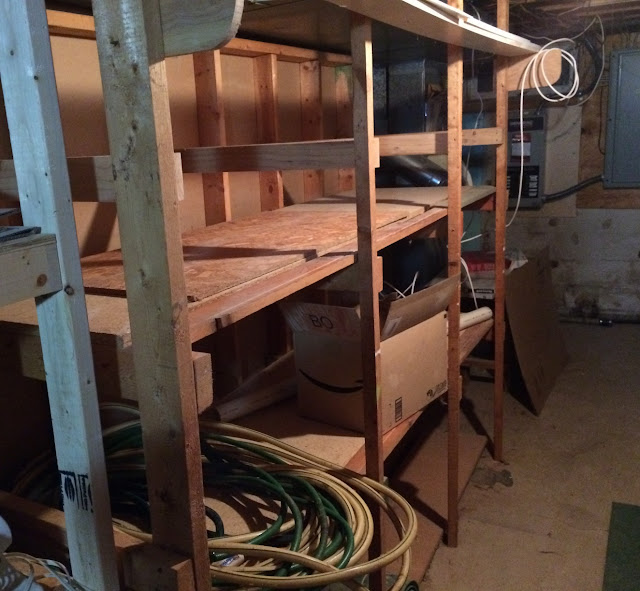 The top row of 2x3s were added by me when I needed auxiliary wood storage. They came down pretty easy since I'd just screwed them in place with deck screws. Zip-zip and they became a pile on the floor.

Unfortunately the person who put up the shelves originally really liked nails. That meant hammer swinging and nail pulling. I did seriously consider pulling out my sawzall and just cutting them out but decided it would be better to knock them apart. It did let me know that my elbow isn't completely healed yet but now I have a nice pile of 2x2s, 2x4s and particle board ready to be taken out to the curb on the next garbage day. 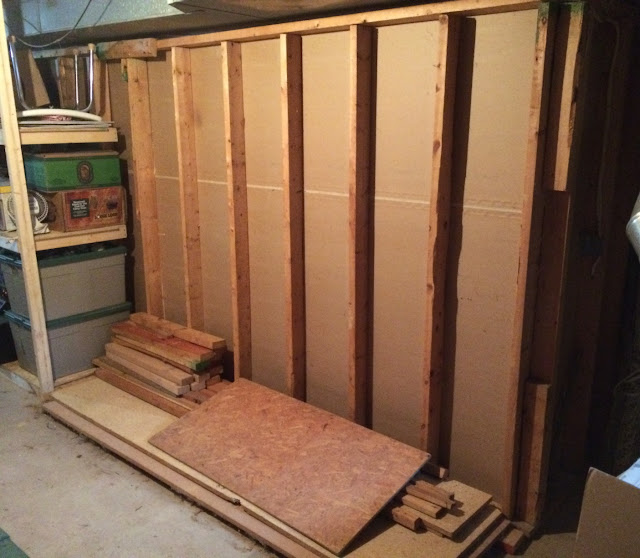 Much better. I'm probably going to discard the 2x2s and some or all of the short 2x4s. There's some utility left in them but not a heck of a lot and they'll take up storage space. Maybe I'll find something to do with them; however, all that particle board and probably the flake board is going to the curb.

I had a little bit of time left so I took a closer look at where exactly the next set of shelves would end. This is important because I'm going to support one side of the next set of shelves with the closet wall. I'll go into more detail on the shelf construction in the next post but figuring out where the inside wall of the closet was going to land allowed me to take a closer look at the space inside the workshop. 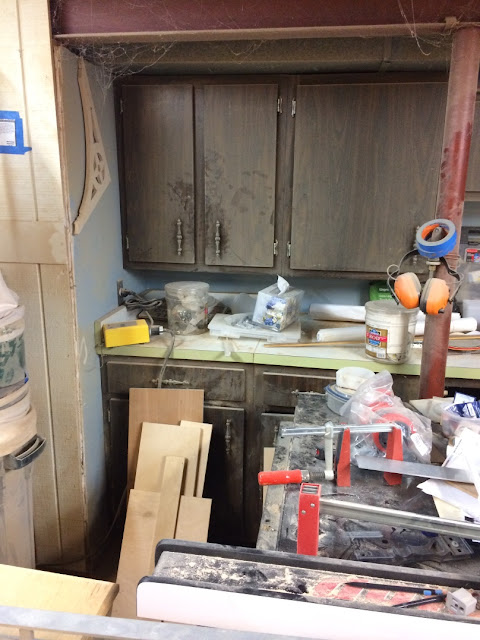 The wall is going to come out just to the right of the steel post. That post is also pretty much in line with the wall to the left. Framing around it will be a little tricky maybe but probably not too bad. My woodworking friend who helps me pick up lumber on occasion is was worked construction before so he'll be able to give me tips and suggestions.

I have some shorter upper cabinets to the right of the post that I could replace with the taller ones. 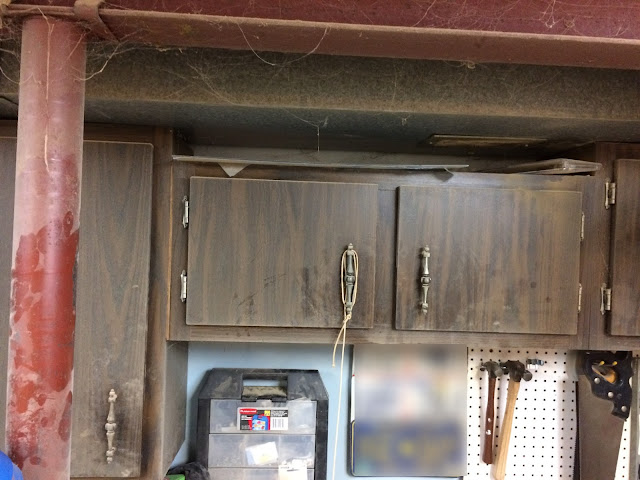 There is a vent there that might make things more complicated but I might just prefer to close it off to help keep dust out of the rest of the house. With the taller cabinets I'd have to readjust my pegboard but that was really just a short term storage solution for the things I pulled off my old peg board. In fact that is a piece of my old peg board that I cut down so no great loss.

Whatever extra upper cabinets I have - short or tall - will probably get moved to the garage.


Posted by Felix Enterprises at 6:22 PM