My wife and I live in upstate New York. We get snow every year. Sometimes lots of snow. A few years ago when I bought my Subaru Forrester I decided to get snow tires for it. Snow tires are an extra expense; however, while I am putting miles on my snow tires I am preserving my summer tires, and vice-versa. Basically there is an upfront expense of having two sets of tires but the long-term expense is about the same.

For the first few years I kept the snow tires stacked in the back of my garage and that worked okay. Then my wife decided to get snow tires and I went from having one set of tires to store to needing to store two sets. It got a little messy.

This year I remembered that I am a woodworker and am particularly suited to solving this kind of problem. My garage has an addition on the back that has just been storing junk. 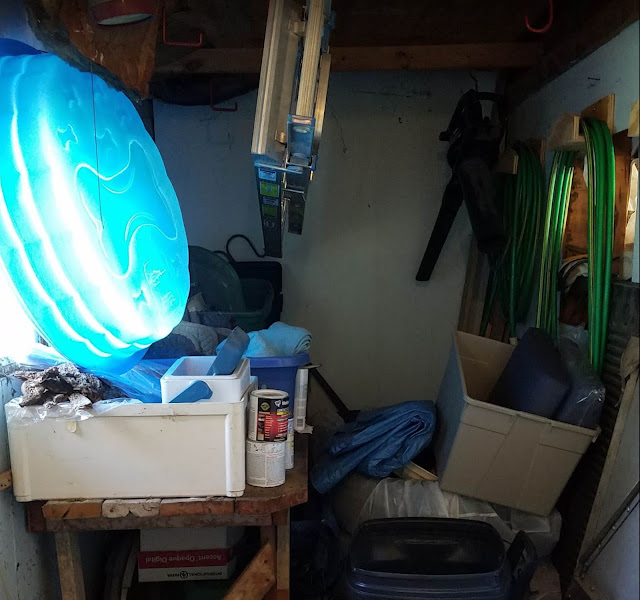 As you can see, quite a mess.

The first step was clearing out the junk and measuring the space. There was just enough room to fit four tires standing on edge. Next was coming up with a design. I looked around on the internet for inspiration and sketched out some ideas and came up with the following. 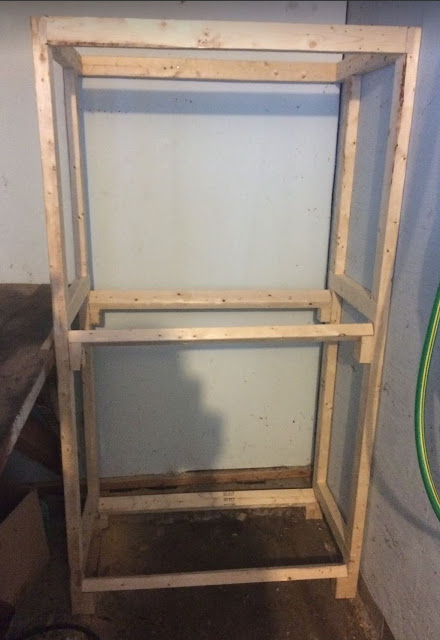 The sides are half lapped joints glued and screwed. The rails are just screwed into place in case I ever want to move it or modify it. All parts are made from 2"x3" pine.

And best of all it fits all my off-season tires. 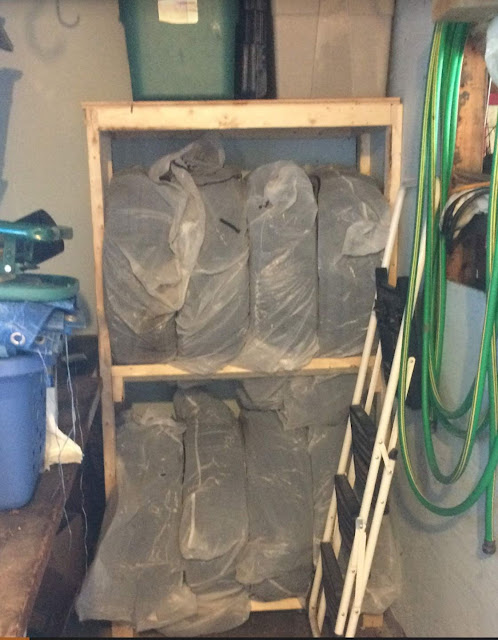 The half lap joints were probably excessive. I used my router to form the joints on the leg verticals which was a lot of work. I probably should have removed the bulk of the material using my circular saw and then cleaned then up with the router; however, it's done now. I'll know better for my next tire rack.
Posted by Felix Enterprises at 6:29 PM