I had a little bit of time Friday night before having to cook dinner and and play Mass Effect 3 for the evening so I cleaned up construction debris and moved my dust collector into the closet. There was just one complication - so far - which is that the bag supports are taller than the ceiling in the closet. 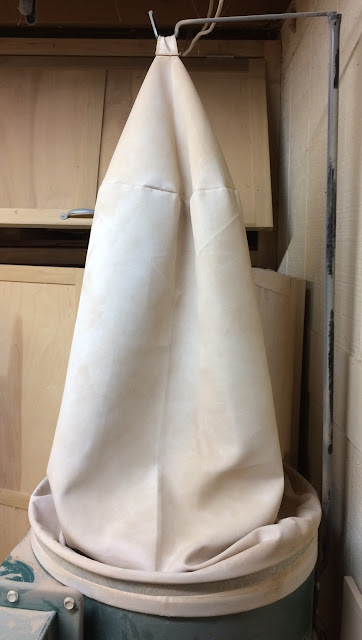 This wasn't a surprise, I'd been planning on it. Step one is to remove the supports from the collector. Fortunately the arm is segmented and the upper arm can be removed. I unhooked one top bag and checked how the bolts are connected on the inside. I was afraid there'd be nuts on the inside and if I just unscrewed the bolt the nut would be lost in the sawdust bag. Turns out there's no nuts, the plenum has threaded holes.

I started by loosening both bolts and then removing the top one. 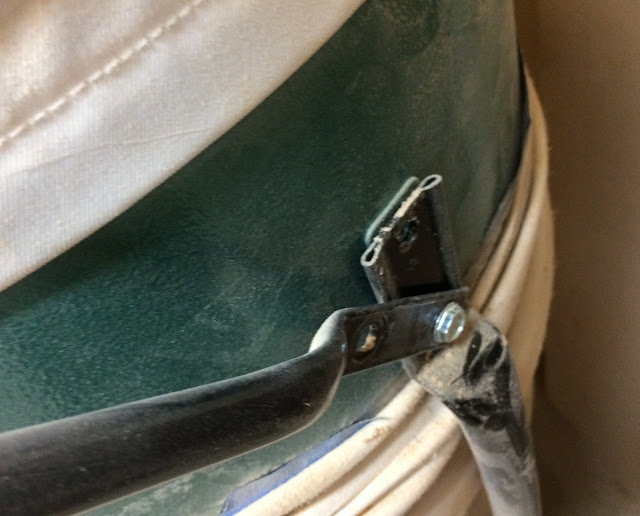 This allowed me to spin the arm to the side, reinstall the top bolt, remove and replace the bottom bolt and voila! Bob's your uncle! 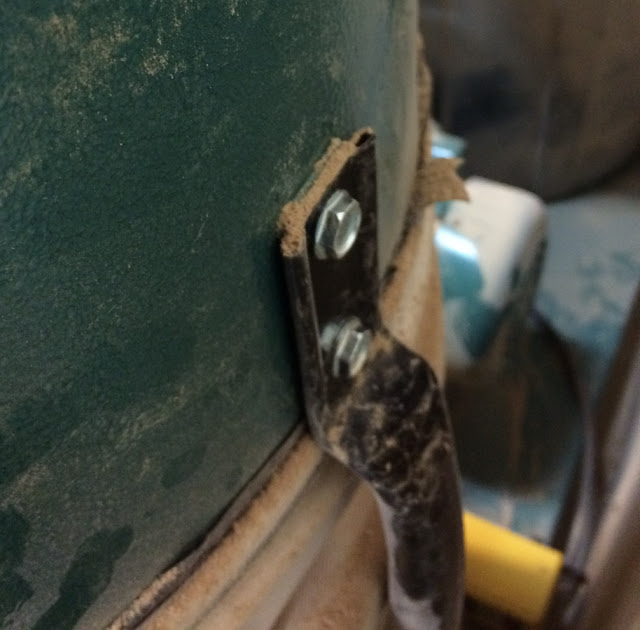 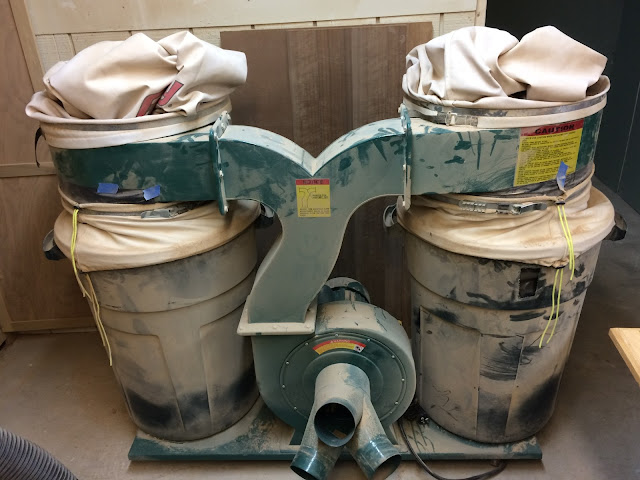 Then I was able to move the entire collector into the closet and best of all, it fit. It's a little tight but that's okay. I'm pretty sure the dust collector isn't claustrophobic. 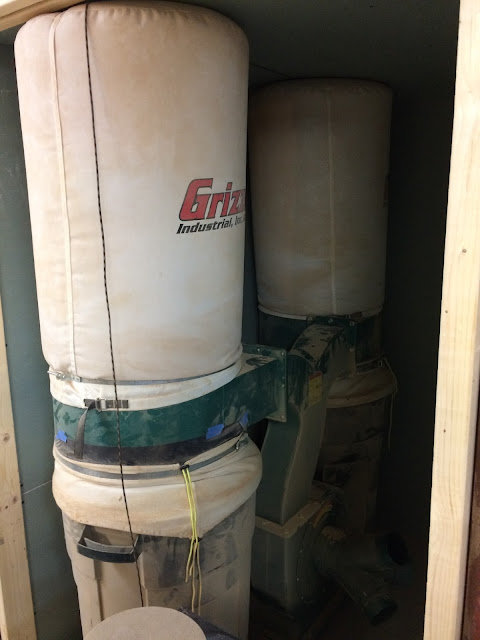 The bags shouldn't be allowed to collapse entirely because they might bind up or snap when inflating. That's what those support arms I removed were doing. I was originally thinking of using eye bolts and carabiners but then decided it would be easier to just run a string the length of the closet. 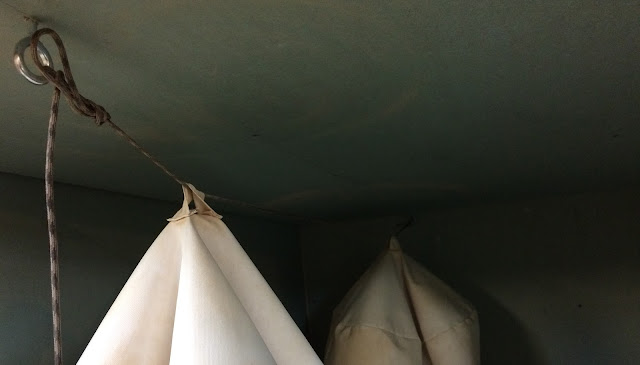 In the picture I'm using some paracord I had lying around. I didn't like the way the bags hung on it so today I replaced it with some heavier rope (not pictured here). I still need to rotate the bags so the bags hang straight but I'm not too worried about it for now.

I put the garbage can cyclone into the back corner. 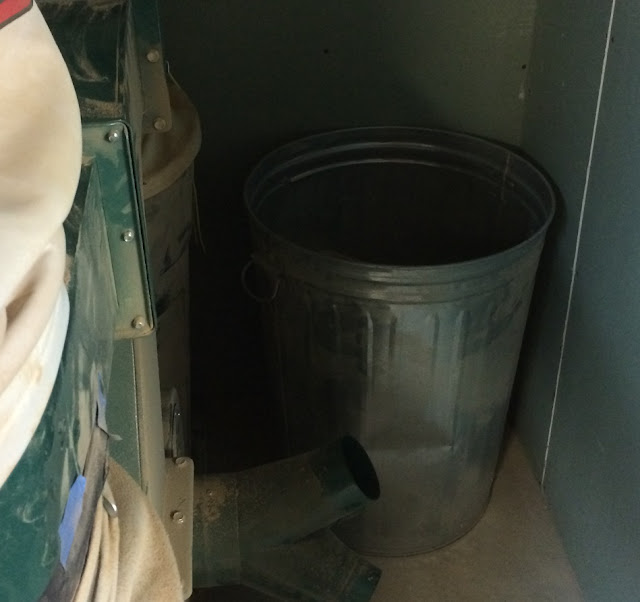 The picture doesn't have the cyclone cover or hoses. I still need to trim one of the hoses shorter so that it fits better. I'll get to it eventually; however, since I haven't run any of the duct work yet there is no rush.

Posted by Felix Enterprises at 6:04 PM