I worked on two projects today. The first thing I did today was decide how I wanted to "lock" the weapons onto the mounts. I came up with a simple restraining arm that will screw into the end of one of the pegs and will be able to be swung across the front to keep the weapon from falling off the pegs. I cut the restraining arms, sanded and fit them today. I didn't get pictures so I'll make sure to get those into the final pictures when the project is done. Now I just need to wait for a few days where the weather will permit me to apply some danish oil and polyurethane.

My big project for today was building a new box joint jig that I'll use for building my paper towel dispenser. I mentioned in a previous post that during the early days of the covid crisis people were buying every paper product and hoarding it. I happened to be out of or low on pretty much every paper product you can think of so when I found some tri-fold towels at BJsI bought some. Now that the stores are restocked we can get most things so I'm going to use the tri-fold towels in my shop. They'll probably actually be better than "normal" paper towel rolls as far as convenience goes.

The box joint jig starts with a base that keys into the miter slot and is locked into place with a couple of clamps. I'm using some cheap C-clamps that I probably bought from Big Lots. I just thought I'd use them because they were low profile and I haven't really ever used them much yet. I used my router table to cut two slots the length of the base that will accept runners from the movable part of the jig. 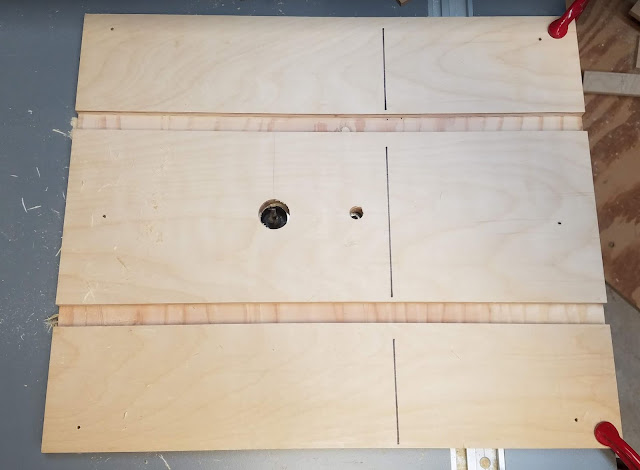 The sliding part of the jig is made up of a 1/4" plywood base that slides on two runners captured in the slots in the jig base. The fence is two pieces of 1/2" plywood. The front fence is held to the back fence with a couple of t-bolts and t-slots. The sliding fence will allow me to make micro-adjustments to fine tune the fit of the joints. 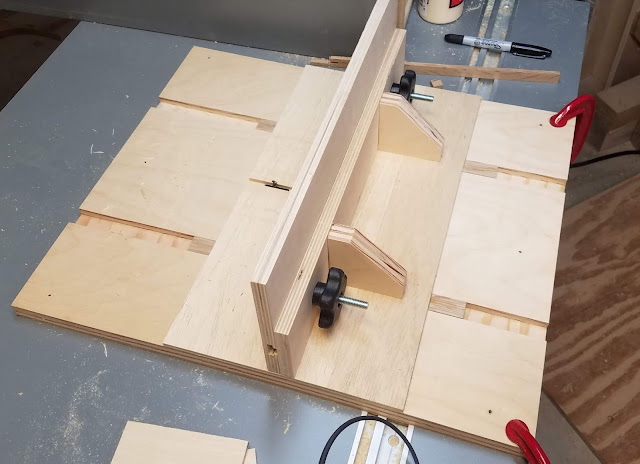 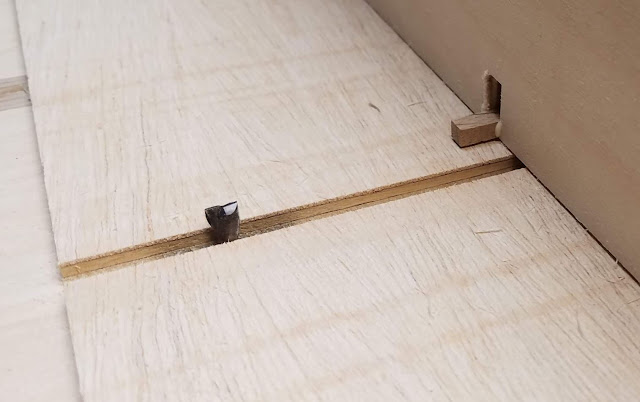 I finished up my workshop hours to glue the key in place so  I didn't actually try it out yet. I'll try to get some better pictures of the jig in use when I cut the joints on the towel dispenser.

Speaking of the towel dispenser, I'd resawn and glued up some quarter-sawn white oak panels earlier this week. While I was waiting for the glue to dry on the jig I worked on cleaning up the panels. I briefly thought about sending them through the planer to get them level; however, I'd done a pretty good job getting the boards lined up when I clamped them. I was able to scrape the glue then use my random orbit sander with 60 grit paper to get them flat quickly, then 80, 120, 180, and finally 220 grit to smooth them out.

That was today's progress. Hopefully I'll be able to get into the basement tomorrow and make more progress.


Posted by Felix Enterprises at 3:32 PM